The Drawing and Painting course will give serious students the opportunity to develop their technical skills and explore the creative process with a wide range of materials. Different techniques and approaches will be introduced, helping the students to develop new methods of self-expression. 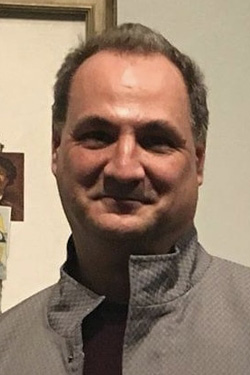 Born and raised in North Plainfield, New Jersey, Mark always had a passion for art. Early on in life, comic books, fantasy, and superheroes particularly caught his eye. He studied commercial art at St. John’s University in New York, and later transferred to Kean University, where he received a bachelor’s degree in Fine Arts for Illustration. Hard work and perseverance have earned Mark the opportunity to create art for DC Comics, Marvel, Warner Brothers Studios, The WWE, Harry Potter, Magic the Gathering and World of Warcraft, to name a few. As Mark’s career grew so did his artistic aspirations. He has become an accomplished portrait artist and muralist. In 2007 he did an altarpiece for Saint Joseph Church in NJ. He has painted two murals in the Federal Courthouse in Newark, New Jersey, a mural in the Time Warner building in New York, and an original painting in the WWE building. His triple self-portrait of the Joker, “Rockwell’s Joke,” is owned by Michael Uslan, Executive Producer of the Batman movie “Franchise” Mark still resides in his hometown of North Plainfield and is an instructor at the duCret School of Art and an adjunct professor working in the design and fine departments of Kean University. In addition to teaching, Romanoski stays busy with a variety of commissioned work.