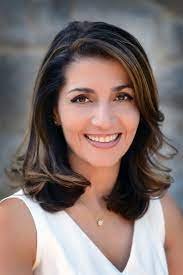 Argine Safari is passionate about transforming the lives of her students through the power of music.  Her multilingual, multicultural background and rich personal experiences as a refugee led her to motivate her students in appreciating the value of hard work and in competing and collaborating as ethical and responsible citizens.  Her passion, expertise, and innovative ideas have raised the awareness of the arts within her district and nationally.  Thirteen years ago, she came to Pascack Hills High School where she developed a nationally recognized vocal program, founded Tri-M Music Honor Society chapters in both Pascack Valley and Pascack Hills High Schools, and has been an advisor for 10 years.  She established new vocal groups as well as interdisciplinary district courses in the Pascack Valley Regional High School District.  She collaborated with several other departments and artistically directed countless benefit concerts and events, raising money for several charities.  Her students consistently win competitions and are accepted to top universities, conservatories, and honor ensembles around the country.  Under Mrs. Safari’s direction, Pascack Valley choirs earned numerous awards and accolades traveling nationally from Washington, D.C. to Los Angeles, CA, and internationally to Montreal, Canada, and Dublin, Ireland, where their renditions of Irish songs were played on national radio.

Prior to Pascack Valley, Argine was the conductor at the Grammy award-winning Brooklyn Youth Chorus.  In 2013, she co-founded a non-profit New Jersey youth theater arts company, Stage Scene, and Song Performing Arts, and was instrumental in the success of the program, which for the past two years has received generous grants from the Winifred M. & George P. Pitkin Foundation.

Argine is the 2010 Princeton University Distinguished Scholar, 2016 Bergen County Teacher of the Year, 2017 New Jersey State Teacher of the Year, 2018 Lowell Milken Fellow, and 2019 Fulbright Finland Scholar.  She is active as a clinician and a speaker, advocating for arts education and presenting workshops.  She is also a collaborative pianist, having performed at Carnegie Hall, Madison Square Garden, and Zankel Hall, among others.  She inspires her students who are educationally, culturally, and linguistically diverse to discover themselves through exploring their unique talents and through recognizing their inner leadership qualities.

Argine is grateful for the support of her school administration – principal Mr. Thomas DeMaio, Supervisor Noemi Rodriguez, and Superintendent Erik Gundersen, and she is thankful for the NJEA’s generosity and tremendous support.