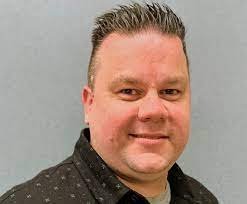 Ian Kearns is a proud graduate of DeSales University.  He has been an arts educator in the Point Pleasant School District since 2007 where he teaches Theatrical Design.  Mr. Kearns also serves as the Director for the high school performing arts productions.  Continuing the “Boro” tradition of excellence, he has been recognized as a Papermill Rising Star nominee for his directorial and design work on productions such as Sweeney Todd, Fiddler on the Roof, and the Producers.  Mr. Kearns is a member of the New Jersey Dramatic and Forensics League where his students have consistently placed as State Champions in categories such as poetry, prose, musical theater, and drama.

Ian is proud to have an active role in Brick Children’s Community Theatre, a non-profit organization, that produces Broadway-quality productions and offers a fantastic performing experience for New Jersey’s youth and their families.  During his seventeen years of involvement, Mr. Kearns has had the honor to serve as a technical director and scenic designer.

As an arts educator, Ian believes that experiencing art is a vital part of a child’s overall development.  “Art taps into emotion.  It gives students an immersive experience where they develop ways to communicate and express what they feel.  My goal is to welcome students in our school community from all backgrounds, interests, and abilities, and invite them to create something so unique that it will change their life forever.”

He is grateful for the support of his Principal, Mr. Kurt Karcich, his Supervisor, Ms. Jacqueline Zamarra, as well as his colleagues in the Performing Arts Department.  He is also thankful for the NJEA, and its continued support of Arts Education.  The students of New Jersey are extremely fortunate to have such a wonderful organization that believes in enriching their lives through the arts.