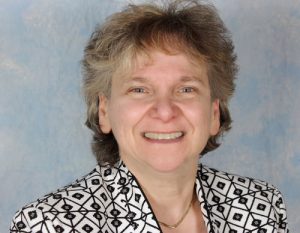 Valerie Snyder-Grollman is a proud graduate of Rutgers University, Douglass College.  She has been an arts educator in the North Brunswick Township School District since 1980 where she has taught painting, drawing, graphic design, ceramics, and sculpture. Ms. Snyder-Grollman has had the pleasure of teaching many students who have gone on to become artists for such noted companies as Disney, MTV, Sony Pictures, and The New Yorker Magazine. In addition, last year she was honored with The State of New Jersey Department of Education Exemplary Secondary Educator Award and was also chosen by Greater Media-WMGQ Radio as a “Teacher Who Makes Magic.”  She is grateful for the support of her Principal, Mr. Peter J. Clark, and her Supervisors Mr. Aaron Speller, and Mr. James Egan, as well as her former and current Art Department colleagues and friends throughout the District.

Valerie believes that being a teacher means more than just being a purveyor of information.  She sees it as an opportunity to provide students worldwide (through her Google website, “EDFLICKS”) with a different way of seeing and experiencing life.
Below is one of her favorite quotations:

“The future of the world is in my classroom today, a future with the potential to be good or bad… Several future presidents are learning from me today; so are great writers of the next decades, and so are all the so-called ordinary people who will make the decisions in a democracy.  I must never forget these same young people could be the thieves and murderers of the future.   Only a teacher? Thank G-d I have a calling to the greatest profession of all!  I must be vigilant every day, lest I lose one fragile opportunity to improve tomorrow.”