This course will focus on student painting and includes drawing, the use of color, and the study of composition and form. Specific historical movements of 20th-century art will be reviewed through art books and slides as reference points for the student's own work. Objective and imaginative forms in painting will be explored incorporating individual interpretation on guided projects. 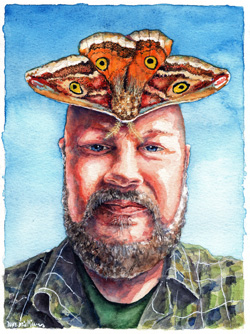 A lifelong artist and resident of NJ, Dave Dziemian was a four-year Teen Arts participant in the late 1980’s and early 90’s. He received his undergraduate degree from Stockton University in 1996 and his MFA in Painting from Montclair University in 2004. Dave received the Painting Assistantship while at Montclair University and immediately upon graduating taught several painting classes at the school. Since 2005 Dave has been an adjunct professor at Brookdale Community College teaching drawing, painting, and other art classes, including watercolor. Since 2014 Dave has been a visual arts instructor for Arts High, teaching both HS and MS classes in Monmouth, Middlesex, Ocean, and now Union counties. In addition to this, Dave also teaches privately and is a full-time artist who works in a variety of 2-dimensional media, including but not limited to watercolor, oil paint, acrylic paint, inks, and colored pencils. His work has been described and “hyperreal with a surrealistic bend to it”. Dave has served previously several times as both an adjudicator and demonstrating artist for Teens Arts